At some point in their career, all electricians face an important question:

Do I go with a union or a non-union apprenticeship program?

Some of them are apparent, while others are less clear-cut.

However, it’s important to consider all factors in the decision-making process.

This decision is significant, and it can be difficult to find solid information on the subject.

So, here we have put together a guide that will help you make an informed decision.

Becoming a Member of the International Brotherhood of Electrical Workers (IBEW)

The International Brotherhood of Electrical Workers (IBEW) is the main organization governing all electrical unions.

If there is a local chapter in your area, it surely answers to the IBEW.

This union is a part of the American Federation of Labor-Congress of Industrial Organizations (AFL-CIO).

It’s the largest federation of unions in the US.

The IBEW exercises enormous bargaining under the AFL-CIO.

The IBEW develops a properly trained and experienced workforce for major electrical contracting companies and even the entire sectors in the industry.

By joining a union contractor, you will become a member of the IBEW.

However, most of your involvement and contact with the union would happen through the local chapter.

Most members just call them ‘locals’.

There can be a few different locals that cover a certain geographic region, each having a particular specialty:

To be accepted into a union apprenticeship, you need to go through an application process.

You should apply to the local Joint Apprenticeship and Training Committee (JATC) operating under the NECA (National Electrical Contractors Association) and the IBEW.

The acceptance will depend on the availability of openings and your qualifications.

A union apprenticeship program covers both classroom-based training and on-the-job experience hours, which you will need to qualify for a journeyman license.

Joining a Non-Union Shop as an Electrician’s Apprentice

Beginning training or an apprenticeship at a non-union shop is like a regular job application process.

You can get some training at a trade school, answer a job ad for an apprenticeship or position of a trainee with a contracting company, apply, go for an interview and try to get the job.

On the other hand, you can go for an apprenticeship through the ABC (Associated Builders and Contractors, Inc) or the IEC (Independent Electrical Contractors).

Those are to major non-union groups that administer and sponsor apprenticeship programs through the non-union affiliated contracting companies.

Through an ABC or IEC apprenticeship, you will take the on-the-job and classroom training hours necessary for a journeyman license.

Comparing the Wages of Union and Non-Union Electricians

The biggest difference between the IBEW and a non-union apprenticeship and employment is in the wages.

Union jobs come with a pay rate professionally negotiated by union reps, and the current wage is enforced by the entire AFL-CIO.

The pay rate of the non-union electricians is influenced by the market more.

Shop owners offer rates consistent with what employees in other shops make, but rarely higher.

Both union and non-union programs, training, and apprenticeships help develop skills and knowledge through classroom-based training and on-the-job hours.

They meet the hours required to earn a journeyman license.

Non-union shops cover the training costs by hiring a trainee or an apprentice as an employee.

They expect that the long-term investment will pay off as the new employee becomes skilled and gains the on-the-job experience required for the journeyman license.

To qualify for a non-union entry-level trainee position, you typically need to have some formal technical training.

This can be done through a community college, trade school, or a vocational-technical school.

If you can be hired before you complete a classroom-based program, you can take night classes to complete the hours required for a journeyman license.

Usually, larger contracting companies cover the costs of this training.

These organizations are the ABC (Associated Builders and Contractors) and the IEC (Independent Electrical Contractors).

Apprenticeship through these groups includes classroom hours required to earn a journeyman license.

Classroom-based training can take place at their local offices.

Alternatively, they can arrange for you to attend classes at a local vocational school or community college.

Union apprenticeships have strict hiring standards and can be difficult to get into, which makes them highly competitive.

The Electrical Training Alliance is a partnership between the IBEW and the National Electrical Contractors Association (NECA).

Typically, they are scheduled for particular days and take place at the office of JATC.

Most days, however, are spent on-the-job for hands-on training.

Both union and non-union contractors can work on particular projects in specific fields, with the most cost-efficient and qualified companies winning the bid.

In the southern part of the US, there are relatively few chapters of the IBEW as compared to the north.

So, the union employees there have fewer contracts than non-union independent shops.

So particular parts of the country where these jobs are concentrated have more unions.

In a state, regions, or industry sector with a strong union presence, union contracts are in place for years or even decades.

In this case, non-union contractors may be restricted from bidding for union-based wage jobs.

Generally, the northern part of the country is more unionized.

Once you become a member of a union, you have certain permanent benefits and rights.

In the winter or during protracted economic downturns when the work slows down, unions usually help you find work in a different city or state if you are able and willing to relocate.

The non-union employees can be affected by the seasonal slow-downs more.

Larger trends, such as the housing boom and the following corrections can also influence work.

That said, you can be temporarily or permanently laid off without any safeguards to fall back on if your employer doesn’t have enough work to keep you busy.

Retirement and Other Benefits Available with Union Versus Non-Union Employers

One of the major factors to consider when deciding to go with a non-union or union employment is the benefits package in general.

This would include everything from wages to medical benefits and retirement.

Through a non-union shop, you can often be entitled to a retirement plan that includes matching your contributions up to 10%.

With that, you can sock away an amount equal to 20% of your annual income in an account that grows over time.

These Individual Retirement Account (IRA) and 401k plans allow you to manage your investments to some extent.

It gives you more control over your money that is saved toward your retirement.

With the Affordable Care Act, you can get basic paid medical benefits, which are now standard for any employers with 50 or more employees.

Smaller shops usually count medical benefits as a part of the total compensation and retention packages they offer.

This allows them to remain competitive with union employers.

Even though some amount of every paycheck on a union job is charged for membership dues, members can retire and collect a regular pension depending on their time on the job.

In a 2012 report of the US Department of Labor, it was stated that union employer medical benefits covered 83% of all healthcare costs for employees and their families.

Is Electrician A Good Career Choice

If you just graduated from high school, think of changing your career, or always wanted to become an electrician, you…

One of the greatest things about the career of an electrician is that at the start, you can benefit from…

Electrician vs. Plumber – Which Trade Should You Choose

If you are only starting your professional career, you may be torn between trades to go with. There are so… 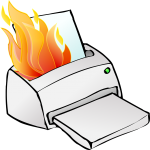 Common Causes of Electrical Fires and the Best Preventive Measures